I saw this book mentioned in so many places (even noticed a copy during my dentist visit) that I finally read it. I found it lives up to those praises. Not all ideas are new to me, but James Clear did an exceptional job on organizing them into a simple framework, combining the different aspects of habit building. The writing is clear, with explanations backed by science, but not dry, as he uses ample stories and examples. This is the writing I want to strive for.

To fully utilize the book, understanding the ideas by itself is not all that matters. The most important thing is to take actions. The book is filled with practical actions we can take right now. I’ll need to absorb the wisdom through my continuing practice.

The Surprising Power of Atomic Habits

If you want to predict where you’ll end up in life, all you have to do is follow the curve of tiny gains or tiny losses, and see how your daily choices will compound ten or twenty years down the line… You should be far more concerned with your current trajectory than with your current results.

Habits often appear to make no difference until you cross a critical threshold and unlock a new level of performance. 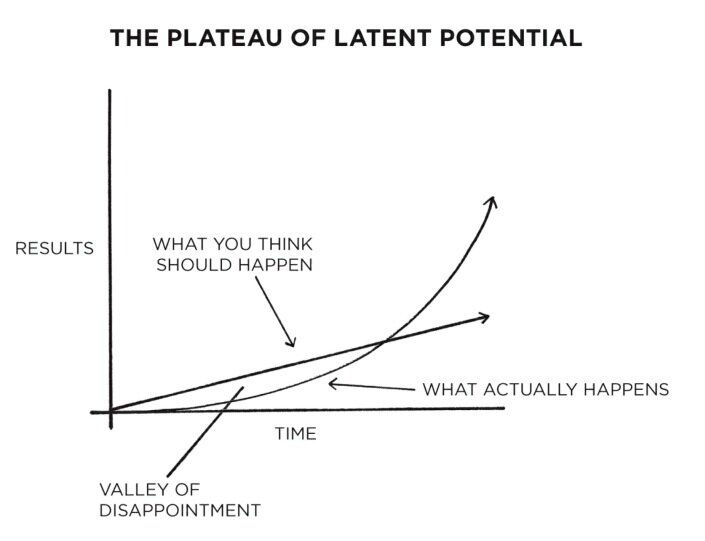 True long-term thinking is goal-less thinking. It’s not about any single accomplishment. It is about the cycle of endless refinement and continuous improvement.

How Your Habits Shape Your Identity (and Vice Versa) 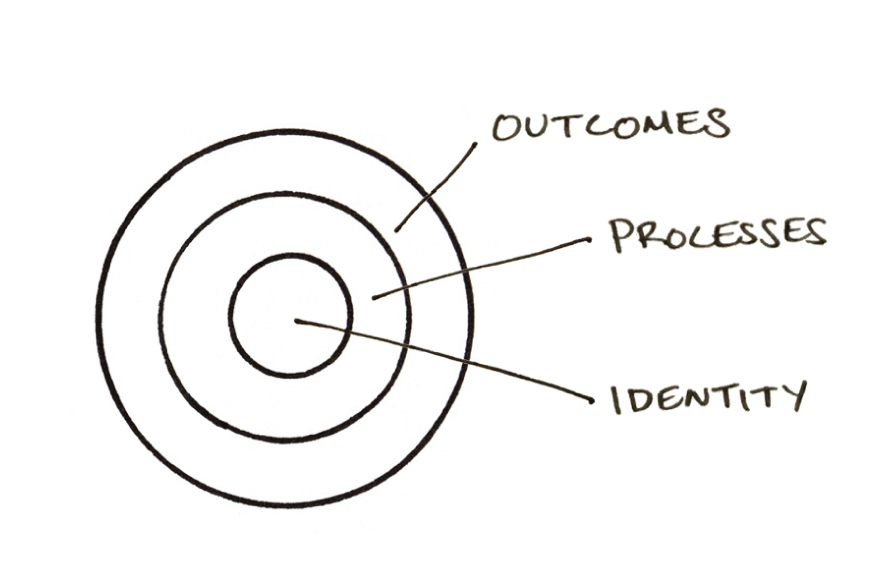 The more pride you have in a particular aspect of your identity, the more motivated you will be to maintain the habits associated with it.

Every action you take is a vote for the type of person you wish to become.

Ultimately, your habits matter because they help you become the type of person you wish to be.

How to Build Better Habits in 4 Simple Steps

When you have your habits dialed in and the basics of life are handled and done, your mind is free to focus on new challenges and master the next set of problems. Building habits in the present allows you to do more of what you want in the future.

The 1st Law: Make It Obvious

One of our greatest challenges in changing habits is maintaining awareness of what we are actually doing.

We often say yes to little requests because we are not clear enough about what we need to be doing instead.

The Diderot Effect states that obtaining a new possession often creates spiral of consumption that leads to additional purchases.

Here’s the punch line: You can break a habit, but you’re unlikely to forget it.

Self-control is a short-term strategy, not a long-term one. You be able to resist temptation once or twice, but it’s may muster the willpower to override your desires unlikely you can every time.

The 2nd Law: Make It Attractive

Foods that are high in dynamic contrast keep the experience novel and interesting, encouraging you to eat more.

Your brain has far more neural circuitry allocated for wanting rewards than for liking them.

Temptation bundling is one way to apply a psychology theory known as Premack’s Principle. Named after the work of professor David Premack, the principle states that “more probable behaviors will reinforce less probable behaviors.”

Your habits are modern-day solutions to ancient desires. New versions of old vices. The underlying motives behind human behavior remain the same.

The 3rd Law: Make It Easy

It is human nature to follow the Law of Least Effort, which states that when deciding between two similar options, people will naturally gravitate toward the option that requires the least amount of work.

When I delete social media apps from my phone, it can be weeks before I download them again and log in.

The 4th Law: Make It Satisfying

The dark side of tracking a particular behavior is that we become driven by the number rather than the purpose behind it.

The upside of habits is that we can do things without thinking. The downside of habits is that you get used to doing things a certain way and stop paying attention to little errors. You assume you’re getting better because you’re gaining experience. In reality, you are merely reinforcing your current habits—not improving them. In fact, some research has shown that once a skill has been mastered there is usually a slight decline in performance over time.

In the beginning, repeating a habit is essential to build up evidence of your desired identity. As you latch on to that new identity, however, those same beliefs can hold you back from the next level of growth. When working against you, your identity creates a kind of “pride” that encourages you to deny your weak spots and prevents you from truly growing. This is one of the greatest downsides of building habits.

The more sacred an idea is to us—that is, the more deeply it is tied to our identity—the more strongly we will defend it against criticism.

The secret to getting results that last is to never stop making improvements. There is no finish line.